A new book in the series; Swedish Princes and Princesses has been published; AXEL & MARGARETHA - A Royal Couple, by Randi Buchwaldt and Ted Rosvall. 96 pages, 145 illustrations, many never before published. Princess Margaretha (1899-1977) was the daughter of Prince Carl and Princess Ingeborg and the sister of Crown Princess Märtha of Norway and of Queen Astrid of Belgium. Prince Axel (1888-1964) was the son of Prince Valdemar and Princess Marie d'Orléans. They were both very active in the Danish society, especially Prince Axel, who had many assignments within shipping, aviation and sports.

Randi Buchwaldt has inteviewed Prince Axel and Princess Margaretha's grandchildren as well as Princess Benedikte of Denmark and others that knew the princely couple. The result is a a very initiated double biography which also gives a bit of Scandinavian history and above all; glorious images from a time and an era long since gone ... 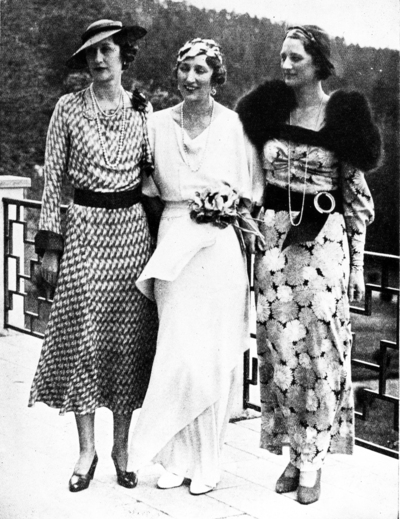 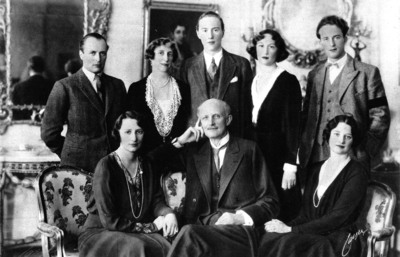 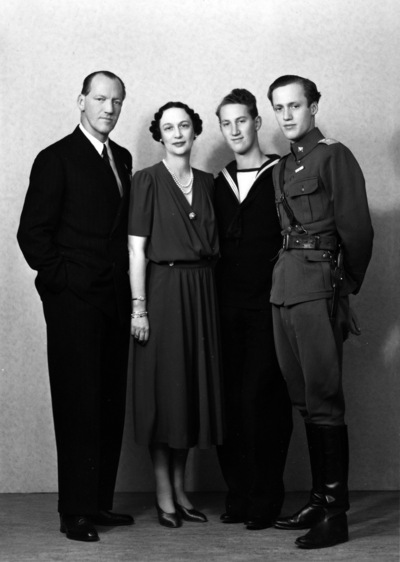 Prince Axel and Princess Margaretha with their sons; Princes Flemming and Georg.