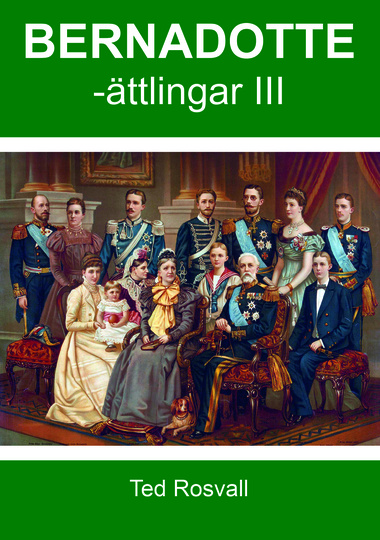 BERNADOTTE DESCENDANTS III - Here it is, the third and final edition of the complete genealogy of the Bernadotte dynasty, tracing all the legitimate descendants of Jean Baptiste Bernadotte (King Carl XIV Johan) and Désirée Clary, who became the King and Queen of Sweden and Norway in 1818. Although they only had one child, five grandchildren and six great grandchildren, the number of descendants by October 2021 is an astounding 567. These are mostly to be found in Sweden, Norway, Denmark, Germany, Belgium and Luxembourg - but there are also branches in France, Switzerland, Italy, UK, Greece, Spain, USA and Australia. This new volume has 512 illustrations, mostly new compared to previous editions. The language, when needed, is English, but titles and countries are shown in their original form. As in previous editions (1992 and 2010) great efforts have been made to find complete information not only about all those that have married into the dynasty, but also about their parents and in many cases grandparents, making this book unique among royal genealogies.