Published: 2016.12.31 Updated: 2017.10.11 By: Ted Rosvall
In this issue, and possibly for the first time, RDQ features an article about Monaco and the Princely House of Grimaldi. Sometimes maybe frowned upon as not enough Royal to be called a dynasty, the Monegasques do not have very many family connections to the rest of Royal Europe. But there are some …

As mentioned in the previous issue, the first wife of reigning Prince Albert I was Lady Mary Douglas-Hamilton (1850-1922), an English noblewoman. Her mother, however, was Princess Marie of Baden (1817-1888) whose parents were Grand Duke Karl and Stephanie de Beauharnais. Marie in turn was the sister of Josephine of Baden (1813-1900) who married Prince Karl Anton of Hohenzollern-Sigmaringen. Their daughter Stephanie (1837-1859) became Queen of Portugal, their son Leopold (1835-1905) was almost elected King of Spain and their son Karl founded the new Romanian dynasty from which in turn the Serbian one descends.

But there is also another, lesser-known Royal conn-ection worth mentioning: In 1863, Prince Albert’s aunt, Princess Florestine (1833-1897) married the 1st Duke of Urach, who belonged to a morganatic branch of the House of Württemberg. Their son Wilhelm Karl of Urach (1864-1928) was in 1918 el-ected King of Lithuania, under the historic name Mindaugas II, but was never able to reach his kingdom. Had it not been for the fact that his cousin Prince Louis of Monaco in the end decided to bring in his illegitimate daughter Charlotte as heir, Wilhelm Karl or his children may very well have ascended to the throne of Monaco instead. The birth of the now eighteen-year-old Princess Alexandra of Hannover, a niece of reigning prince Albert II, created yet another link between the Grimaldis and the Royal families of Europe.
Ted Rosvall 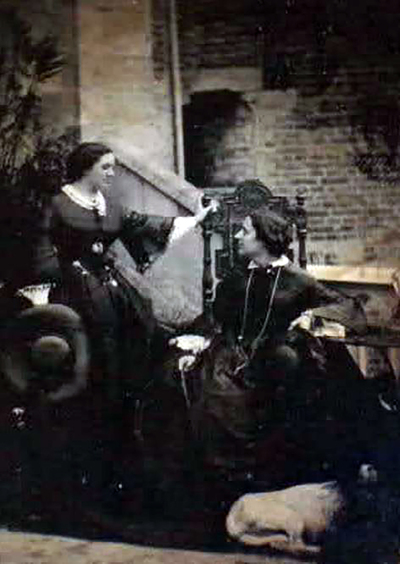