An heir and a spare

Published: 2015.01.09 Updated: 2015.01.09 By: Ted Rosvall
The Duke and Duchess of Cambridge are expecting their second child, thereby fulfilling the royal task of producing an heir and a spare. Not that there is a lack of potential monarchs in the UK, the Line of Succession seemingly going on forever and ever. In other countries, the number of possible candidates to eventually sit on the throne have been much more limited. The succession laws and family rules have been so narrow, that for the young couple called upon to provide them, the pressure for an heir and a spare must have been overwhelming.

In some dynasties it is quite obvious that many marriages have been arranged and that man and wife, after having done their duty, lead separate lives. A few examples:

King Carlos and Queen Amelie of Portugal were married in 1886, had a son Luis Filipe on 21 March 1887, a daughter Maria Ana that was born and died on 14 December the same year, and finally a son, the future King Manoel II in 1889. No more.

King Christian X and Queen Alexandrine of Denmark were married in 1898, had a son, the future King Frederik IX in 1899 and another son, prince Knud in 1900. No more.

King Wilhelm I of Prussia, later German Emperor, and Queen Augusta were married in 1829, had a son, the future Emperor Friedrich III, in 1831 and a daughter, Princess Luise, later Grand Duchess of Baden, in 1838. No more.

King Maximilian II and Queen Marie of Bavaria were married in 1842, had their first son, the future Ludwig II, in 1845 and the second, the future King Otto, in 1848. No more.

Luckily, times have changed, and in the western hemisphere, very few marriages, royal or not, are arranged. One may hope that most royal children today are born out of love, not duty, and that family life in these circles nowadays is much more sensible and loving than what was the sad case for many of their illustrious ancestors. 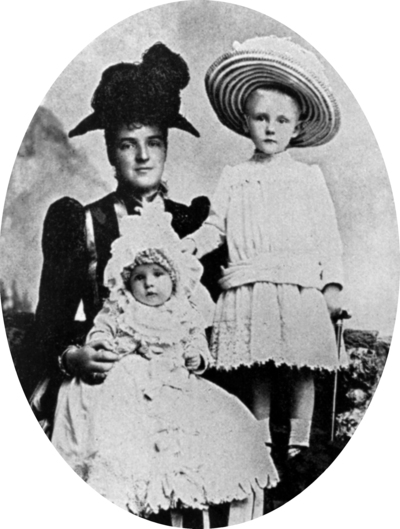