Rumour has it, that Archduke Karl, AKA Karl Habsurg-Lothringen, the head of the Austrian dynasty is considering or has already decided  to “demorganize” all Habsburg marriages after 1918. If this rumour is true, it is quite a change and the world will instantly see a huge number of new Archdukes and Archduchesses. The Habsburg dynasty used to be very strict when it came to the house rules, and those that did not toe the line soon found themselves out in the cold, deprived of their titles and prerogatives, even their military grades and earthly possessions. In spite of these rather grave consequences, a great many Archdukes did eventually bolt, e.g. Archdukes Leopold Salvator, Josef Salvator, Heinrich Salvator, Johann Salvator, Franz Karl, Leo Karl and Karl Pius.

There is one remarkable exception; Archduke Franz Ferdinand, who was eventually allowed to marry the love of his life; the Countess Sophie Chotek, albeit the marriage was considered to be morganatic and the children of this union not able to inherit the throne. Had Franz Ferdinand lived to succeed his uncle, Emperor Franz Josef, he would probably have tried to alter the laws of succession, and there would have been no Emperor Karl.

Another break-through came in 1993, when Archduke Karl himself wanted to marry the Baroness Francesca von Thyssen-Bornemisza – a match that was by no means “ebenbürtig”. Archduke Otto, the groom’s father, who had hitherto refused to accept such marriages, finally came around and declared that marriages to women of the nobility would henceforth be acceptable – and in an effort to be fair, this decision even worked retroactively, thus creating dozens of new Archdukes and Archduchesses. Now the time apparently seems ripe for a further step, the demorganization (is there such a word?) of ALL Habsburg marriages since 1918.

Will other Royal Families follow suit? Well, in Bavaria it has already happened and chances are that several Royal and Princely families in Germany, especially those facing extinction, will jump on board. After all, when the reigning dynasties do not seem to be able to stick to the old traditions of equal marriages, why should the non-reigning do so?

So, will we see a number of “af Rosenborgs” be reinstated as Princes of Denmark, and a few “Bernadotte af Wisborgs” be transformed into Princes of Sweden? And will we see a retroactive action in favour of H.R.H. Princess Wallis, Duchess of Windsor? 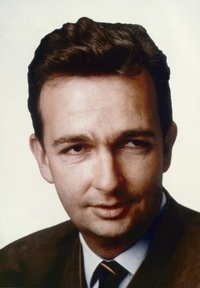